To combat the effects of aging, studies have proved that using acupuncture on a routine basis may emphasizes the elasticity and aging gracefully. To combat the overall loss of energy effects with aging, adults need exercise routines along with acupuncture and cupping treatments, that build endurance, instead of those requiring quick bursts of energy. Combining these elements would yield an exercise routine that incorporates, e.g., walking long distances (one mile or more) or using the treadmill and also some days set aside for lifting weights. Walking can maintain one’s fitness level, but walking will not enable a person to recover muscle mass from a prolonged absence of exercise due to illness or inactivity. Developing strength requires resistance training and weight-bearing exercise — not just the physical activity of walking. Strength reserves need to be built in a wellness environment. Around age forty-five, most people first experience the onset of aging: energy levels go down, it takes more effort to do physically demanding work, and it takes longer to recover from sickness. As a whole the older population tends to neglect their bodies.

It is difficult to instill a health and fitness ethic in older adults if they have not developed life-long habits of daily exercise. The best regimens will strike a balance when used acupuncture combined with exercises in cardio-respiratory, endurance, strength, balance, and flexibility. The more a person ages, the more his or her body needs exercise. The resistance exercises should target the primary muscles of the legs, trunk, and arms. Initial sessions should start out at a moderately low level of effort, with progressive increases in weight loads and difficulty over time. For those without fitness center memberships, these exercises need not require large and expensive machines as body weight, stretch cords, and dumbbells will generally suffice. Performing push ups on (carpeted) stairs at home is an excellent way to build or maintain pectoral, bicep, tricep, and shoulder muscles as well as tighten the abdominal core. Yet despite these home conveniences, Americans do not get enough exercise and instead have a sedentary lifestyle, which is often the first step in a vicious cycle. Unless people stay active, particularly senior citizens, their joints, which already are losing their density and becoming more vulnerable to breakage over time, will grow stiffer, making movement even more difficult.

Prolonged rest will also lead to a decline in aerobic capacity, and thus people become easily fatigued. People usually experience a rapid deterioration in muscle mass and energy levels in their mid-sixties. Muscle protein production begins to slow down naturally in people when they age. Both the age at onset for muscle protein production decline as well as the rate of decline will depend on genetics as well as the level of physical activity. We know muscle fibers decline with age and that fewer muscle fibers translate into reduced muscle capacity. Thus the stage is set for muscles to become fatigued more easily and for sarcopenia. While weight-bearing exercise is the most important treatment for sarcopenia, a recent study published in the journal Clinical Nutrition shows that the amino acid leucine may improve muscle protein synthesis and combat the onset of sarcopenia. I personally consume 4 or 5 glasses of whey protein isolate shakes (combined with water, not milk), and each 25 g scoop of whey protein isolate powder contains 2200 mg of Leucine. Drinking whey protein isolate is an effective of way of obtaining the body’s daily need for Lucien 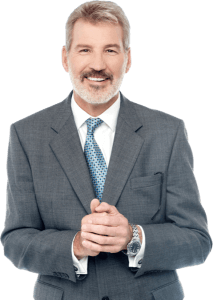 About Sports Injury Acupuncture Sports injury acupuncture is not new, but it may be new…

Weight loss is a common goal that many people have. It can be a difficult…

Got muscle knots? This will help you decide the best Acupuncture treatment for tight muscles and…